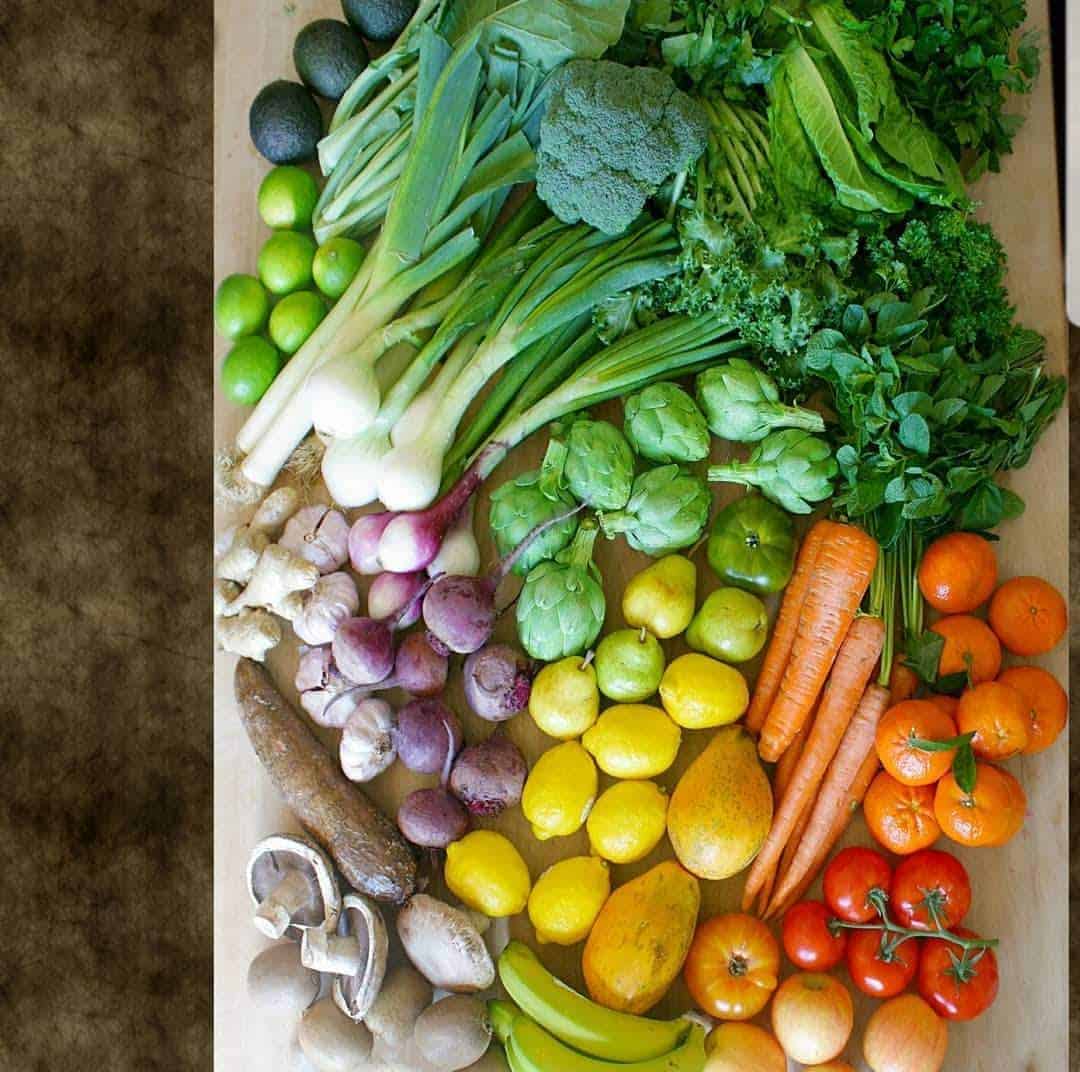 But isn’t a vegan diet a deficient one?

*NOTE: My definition of vegan is a plant based diet that includes fruits, vegetables, nuts, legumes and grains. I am not referring to a raw diet or a low-fat-high-carb (LFHC) diet or any other extreme forms of veganism that restrict how you can consume your plant based food. I am also not a doctor or registered nutritionist and this paper is based on my personal research. Please consult with your doctor or dietitian before making any changes to your diet.

I have gotten this question so many times. We vegans already have an almost instinctual response for when we tell people we are vegan. There is always a protein or iron comment. How many times have we heard ” oh I can’t be vegan because we need more protein” or ” oh no I have low iron”!

The goal of this post is to present the very well researched studies that have lead me to the conclusion that a plant based diet is not only adequate but can be just as nutritionally complete as a healthy omnivores diet. Although many studies suggest that a plant-based diet can address many types of chronic diseases (I have included some of those studies below), that is not my goal here. I will not try and argue that a vegan diet is superior or a ‘cure-all’ diet. Mostly because I believe that many chronic diseases are not more complicated then something that can be cured by diet alone.

The main thing I want to address here is the argument that is made about veganism being a deficient diet.  First off, to be clear any diet can become a deficient one. There is no strong evidence to suggest that a healthy vegan diet is a deficient one, no more so then what can be said for a healthy omnivores diet (references below).

A comment I hear a lot is that if a vegan diet was adequate then we shouldn’t need to supplement. Now while I agree that the ideal diet should require no supplementation,  we live in a modern world, we work, we eat out, we don’t own farm land or get enough sunlight. That is why cereal is fortified, dairy is fortified (preventing many deficiencies in the standard diet) and why supplementation is sometimes needed regardless of whether you are vegan, pescavegatarian, lactovovegatiarian or a meat-eater (references below, just to many to add here). As an example breast fed infants need vitamin D, that does not mean breast milk is inadequate and we should all switch to formula.

During my ongoing research these past 2 years (I find nutrition very interesting and read about it often) I have come across some articles that talk about certain risks associated with plant-based diets. The risks are always in deficiencies if the proper steps are not taken to ensure a complete diet ( but this is also concluded in non-vegatarian diets as well). Just like omnivores, vegans must take care to make sure they get enough of the vitamins and minerals they are at risk of not consuming  (mostly B12, calcium, zinc, iodine). My research is not one sided and I actually started reading up on veganism almost as an anti-vegan, if you can believe that. After watching plant pure nation I had many questions because I did not feel like the researchers in the documentary, and of the China study,  explored all aspects of a plant based diet or asked enough questions about why they see the benefits they do. As a phD we are taught that causation does not equal causality (for example are the benefits they reported a result of the elimination of processed foods or was it truly related to cutting out animal products).

I was a very strong meat-aterian, following the paleo diet never the less,  so I set out to prove that veganism was not ideal and that we are in fact meant to eat meat… But as a good scientist I accepted that my research lead me to conclude that my ideas about veganism were essentially wrong and based on fear and personal opinions not on actual data!

What I have learned in my graduate studies is that research is not simple. You can not read 1 paper or even 10 and make strong arguments for something. It takes many scientists to publish many unbiased papers so one can review the overall literature to get an idea. This is why I make sure to read many papers and look at many different sources. Recently, plant based diets have received a lot of attention so it will be interesting to see all the studies that will come thru in the next 10 years. No to answer the question, did my research lead me to believe that we are not meant to consume animal protein…NO! Did my research lead me to believe that only vegan diets are healthy…A BIG FAT NO!!! But it did lead me to conclude that a vegan diet is healthy and in some cases preferred based on the circumstances of that individual. For me it eradicated my lingering GI issues, bloating, skin problems, and extremely low iron levels. Now again going plant based required me to really clean up my diet so despite my health improvements correlations are not causations.

OK SO WHAT DID I FIND…

A great place to start when trying to understand vegan diets and how it may influence overall health and longevity is to look at the below section on the Adventist Health Studies. These are some of the largest longest set of studies conducted. Countless studies over almost 100 years (see section below)

A group of almost 1200 physicians, scientist and nutritionist that treat and do research on nutrition and health. They support and actually promote a plant-based diet.

1. A well-planned plant-based diet has proven to be adequate and sustainable

The seventh day Adventists participated in some of the biggest health studies conducted which are longitudinal and have over tens of thousands of participants. Not to quote Wikipedia but it’s a quick review to the study. Importantly they have a wide range of diets (omnivores, pesco- vegetarian, lacto-ovo-vegetarian, and vegan) with some studies looking at over 90,000 subjects (link).

Here are some more (pubmed ‘Adventists health study, so many studies)

B. Vegaisms is not only adequate but a healthy diet:

2. A vegan diet can help address many cronic diseases:
(again there are so many studies so just pubmed or look on google scholar)

3. NOT just vegans have a deficiencies:

(No difference in iron etc.. between vegans and omnivores)

4.Calcium on a Vegan diet:

Hello, My name is Patricia and I am a lover of all things food. I am a mother of 3 little boys, Ph.D. and photographer. As a busy mama, I have very little time for complicated meals. So I share simple, healthy plant-based meals and some lifestyle tips I found helpful as I journey thru the paths of motherhood.

Discovering and healing gut damage
About me!

This site uses Akismet to reduce spam. Learn how your comment data is processed.

Hey guys! I am Patricia, a neuroscientist turned foodie and mama of 3. Here, you can expect to see lots of quick easy, delicious recipes made with simple ingredients. Because I would rather be drinking coffee, playing with my boys or jumping in the lake! Oh and I also share some zerowaste and parenting tips along the way...